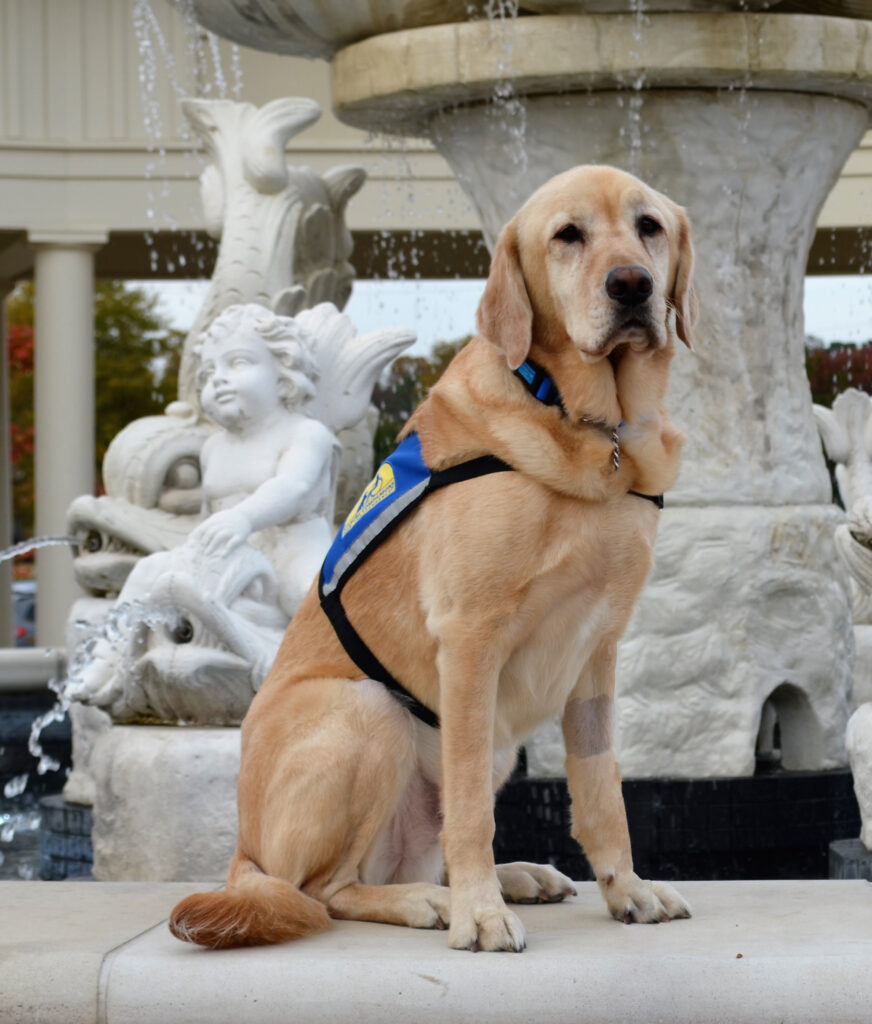 Trained by: Canine Companions for Independence

Facility Dog Zurg, was one of eight puppies born to his mother on May 28, 2016. Zurg was named after a character in Toy Story 2.

Zurg was placed with Stephanie in August, 2018 by Canine Companions for Independence®.

Zurg is a facility dog that works with clients in a criminal justice setting. Zurg specializes in assisting crime victims, witnesses, and others during all stages of legal proceedings including accompaniment during interviews and court hearings.